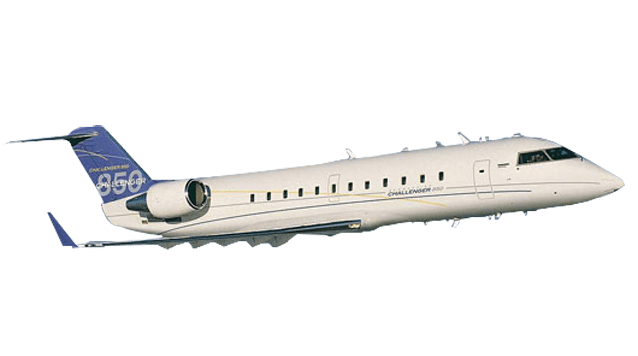 For Specs. & Photos of Aircraft On-Market LIKE Bombardier Challenger 850 Aircraft
please enter contact details which will never be sold or used for any other purpose.
+1 310-980-9069

Introduced in 2006, the Bombardier Challenger 850 is the largest super-midsize private jet available within the Challenger family. Whereas the manufacturer later developed a line of regional commercial airliners based off its Challenger 600, 601, and 605 business aircraft families, Bombardier took the reverse approach with the Challenger 850 by basing the aircraft on its 50-seat CRJ200 airliner. The Challenger 650 features the same airframe and General Electric CF34-3B1 turbofans, each rated at 8,729 pounds of thrust, but replaces the CRJ200's four-across airline seating with a three-zone executive aircraft cabin offering ample room and luxurious accommodations for 14-19 passengers. Bombardier delivered more than 60 Challenger 850s between 2006 and 2015.