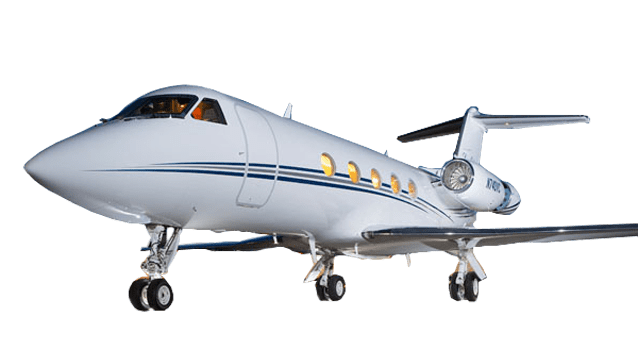 For Specs. & Photos of Aircraft On-Market LIKE Gulfstream G-III Aircraft
please enter contact details which will never be sold or used for any other purpose.
+1 310-980-9069

No other aircraft is synonymous with the term "private jet" like the Gulfstream GIII; indeed, its distinctive appearance and impressive ramp presence are what come to mind when many people think of private jets, and its legendary design aesthetic has influenced every other Gulfstream aircraft since its introduction in 1980. The GIII is distinguished by its five oval cabin windows per side, 10 percent greater wingspan over the earlier Gulfstream GII, and large winglets that optimize climb performance and cruise efficiency. Its twin Rolls-Royce Spey turbofans offer a range of more than 3,500 nm with eight passengers onboard at its maximum cruising altitude of 45,000 feet. More than 200 Gulfstream GIIIs were produced before the type was superseded by the GIV in 1986.