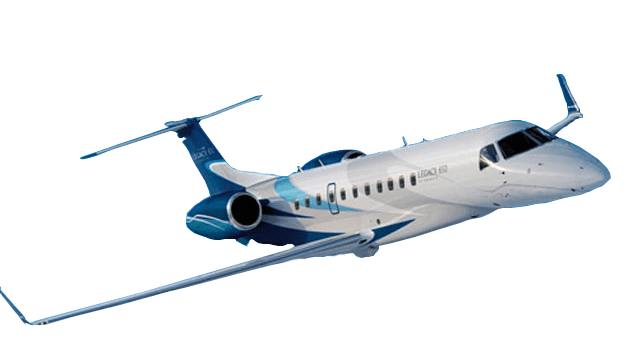 For Specs. & Photos of Aircraft On-Market LIKE Embraer Legacy 650 Aircraft
please enter contact details which will never be sold or used for any other purpose.
+1 310-980-9069

Building on the popular Legacy 600 that was Embraer's first aircraft developed for the private jet segment, the Legacy 650 is one of the largest executive jets able to operate from restricted airports such as Cannes and London City, or high altitude airports such as Aspen, Telluride, or La Paz. Three separate cabin zones provide luxurious accommodations featuring new cabinetry and revised seats over earlier Embraer Executive Aircraft models, in an environment controlled through the intuitive Honeywell Ovation Select Cabin Management System. The Legacy 650 offers 500 nm more in flight range compared to the Legacy 600, allowing up to 19 passengers to reach Dubai or New York from London, or Miami from Sao Paulo, at a speed of Mach 0.80.